The Fastest Way to Build a Read-only JSON API

Last year I needed to build a simple JSON API endpoint for a mobile app that I was developing. The mobile app was a list view of webcams in my area. The final UI ended up looking like this: 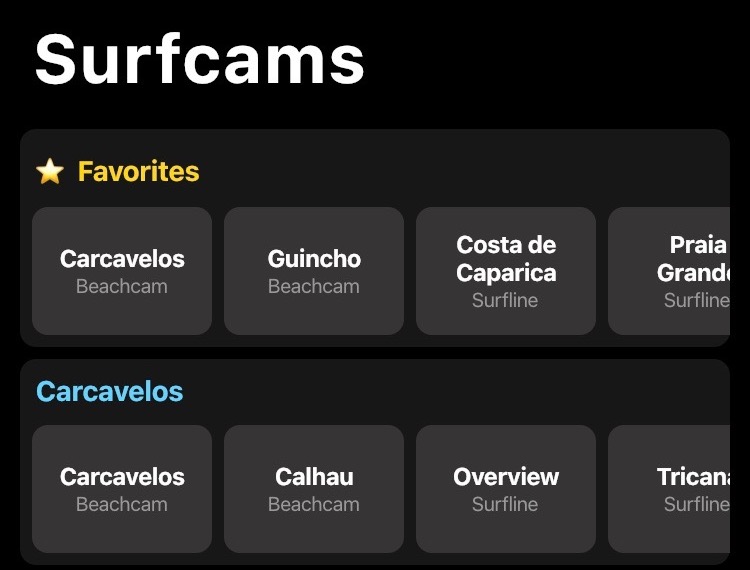 Since I wanted to be able to change the contents and the look and feel of the list without reinstalling the mobile application[1] I needed a JSON API to serve the data to be displayed.

When I think about building a JSON API, I usually reach for Python with a framework like Django, Flask, or FastAPI. Python then connects to a database (PostgreSQL or SQLite most commonly) and responds to HTTP requests. But in this case, all of that seemed like overkill.

My API doesn’t have to change the response often. When it does need to change, I am the only one changing it. A database isn’t needed at all! ❌

I also don’t need dynamic routing that the above-mentioned frameworks provide. There is only one endpoint! I don’t really a web framework either! ❌

The response also doesn’t include any dynamic elements that would need to be computed on every request. I had to begrudgingly accept the fact that I don’t even need to use Python to solve this problem! ❌

So the whole endpoint ended up being a static cams.json file hosted on nginx. Since I already had nginx running on my Raspberry Pi where the project is hosted, I only needed to add the location /api/ path to my nginx site.conf:

After that I added the following cams.json file into the /home/pi/projects/cams folder:

The real cam.json file is almost 1000 lines long, but you get the gist.

And that was it! Going to the /api/cams.json endpoint returns the JSON response so it looks and feels like a proper API endpoint. Nginx even correctly sets the content-type: application/json header.

The API endpoint has now been running for months and there were never any issues [2]. Fewer moving parts so fewer things go wrong.

As engineers, we often like to overengineer our solutions, especially when working on side projects. Do remember to strive for simplicity. Static files scale really well, even when they are serving JSON!