A Sentry error popped up that looked very suspicious. 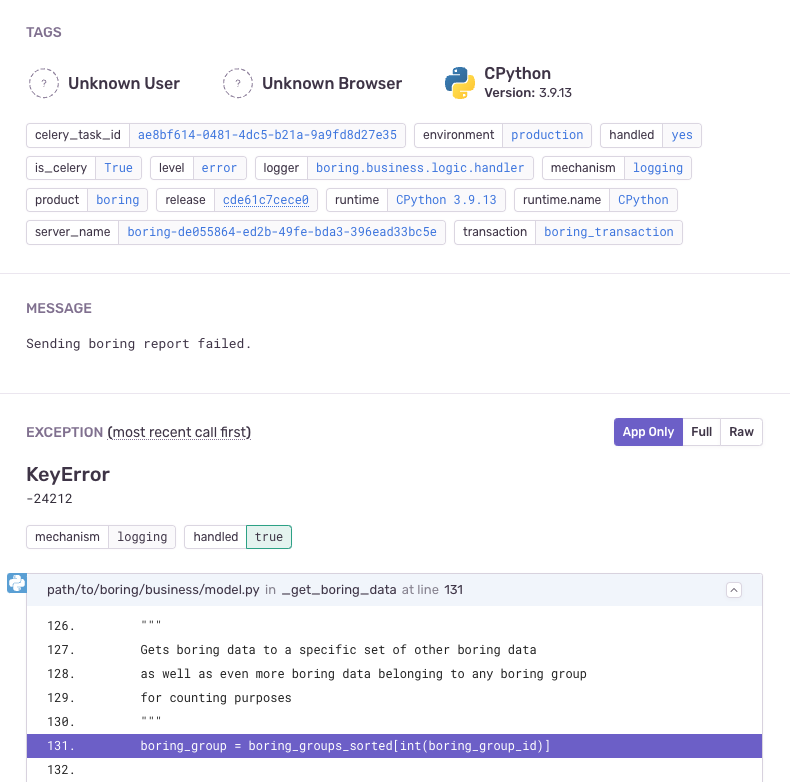 It piqued my interest for two reasons:

Something very fishy was going on, so I immediately went and checked if MySQL was to blame:

No results. Can’t blame MySQL for this one.

A wildly incorrect integer value can sometimes result from of an Integer Overflow. Integer Overflow happens when the integer field does not have enough bits to store the value. Part of the bits gets clipped, producing a result that is very much unlike the value we were trying to store.

In Python, Integer Overflows aren’t common. In fact, since PEP-0237 landed in Python 2.2 they became impossible. Python’s integers will continue increasing (or decreasing) without issues until they run out of system memory.

So the Sentry error made no sense, but thanks to my untrusting nature, I decided to walk through the codebase and see what we were doing with boring_group_id. A couple of functions up the stack, I found this code:

Looks like those ids were going through a pandas dataframe where invalid values and duplicates were dropped. For some reason, we were also casting the values to 16-bit integers. Because of this, the function was returning incorrect values for any id greater than 32_767.

We pushed the fix to production and made the customers happy, or at least a little less upset. 🎉