My experience with Google Game Services

A month ago I’ve added Google Game Services (GGS) to my Android game. I’ve added a few achievements and a leaderboard and this is what happened:

During this time only 21 players decided to share their high score publicly.

What seems to be the problem?

GGS seemed really awesome when they were first announced on this years Google IO. Achievements, leaderboards and even services, that help implement multiplayer into your game, all sound really cool. It seemed Google finally started to take games on Android seriously. With all the talk about consoles based on Android (Ouya and others) the timing seemed perfect as well. 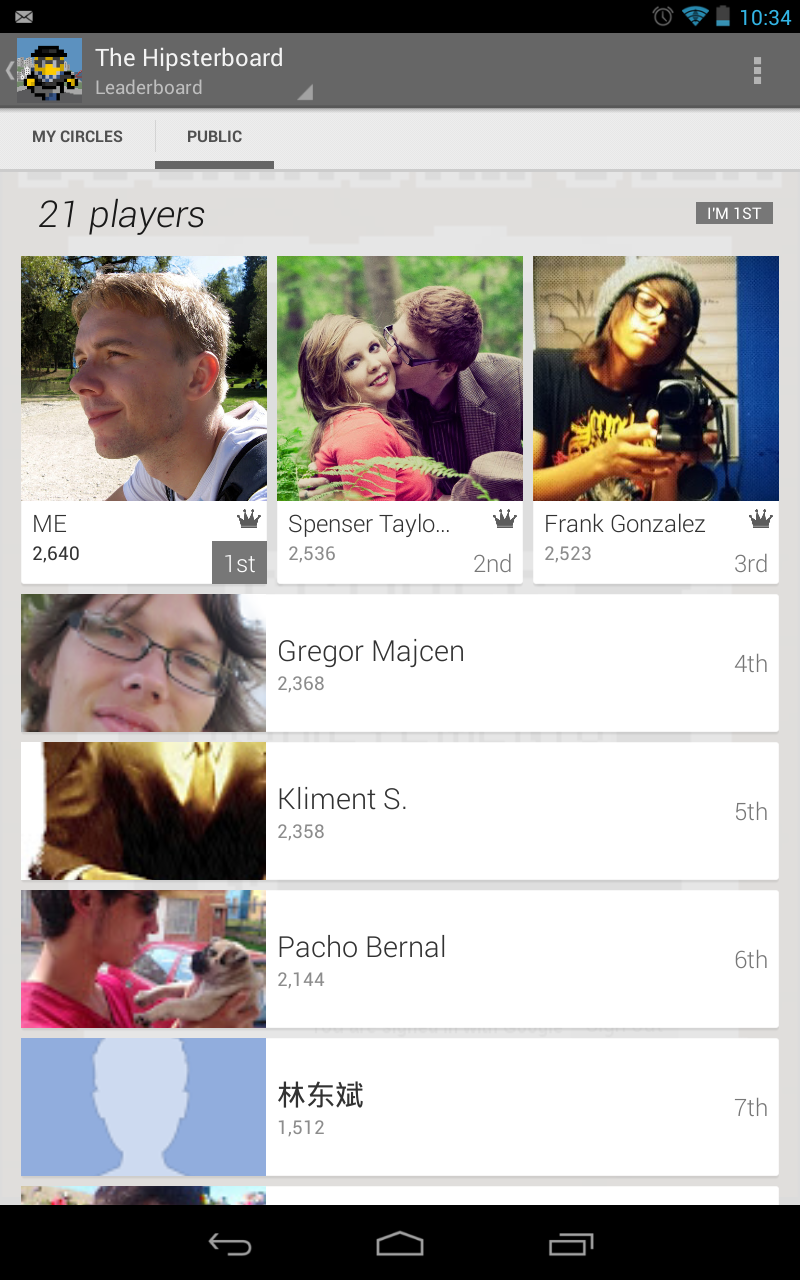 No good for users

The idea is really good, but the execution leaves you hanging. The first pain point is that your users will need a Google+ account to access the services. A regular Google account just won’t do.

Even more, the google+ integration seems to be done half-arsed. When you ‘sign in’ into the game it won’t show up anywhere on the Google+ web site and as a user I found this fact really confusing. The only way to view your achievements/scores is through the game itself, where the Activity provided by the GGS SDK doesn’t even implement basic sharing.

No good for devs

Another indication, GGS are not really finished yet, is that you don’t have any statistics available in the Play dashboard. To see the public leaderboards you will need to start up your game.

Even worse, there is currently no way to see how many achievements your players unlocked. As a game developer getting achievement statistics is very important, as it helps you balance the game and identifies pressure points. Having no way to access those stats is a huge disappointment.

No good at all

There are other problems as well. You will need to implement a system for storing scores/achievements when the user has no internet connection. The whole sign in to privately share your scores is totally backwards. Why can’t users share their scores anonymously like on every other leaderboard on the planet?

People are really unhappy with GGS as well. There is a huge amount of 1 star reviews in the Play store listing and a ton of comments of users reporting problems.

I definitely won’t be using GGS in future games unless the service gets greatly improved. Thankfully I’ve tested it out on a simple game, that I’ve made in less than a week, and not on a bigger project.